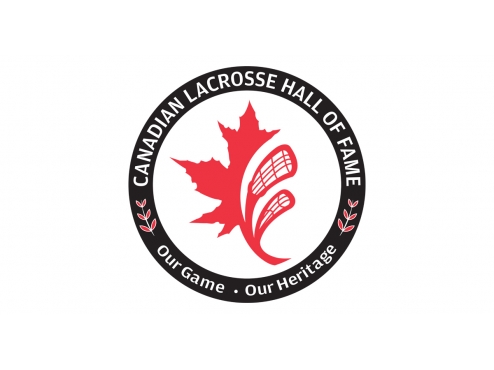 These new inductees bring the total number honoured in lacrosse's national shrine to 543 - 160 Builders, 328 Players and 55 Veterans (those who played in 1980 or before). There are also 23 teams inducted under the Team category.

The formal induction banquet and ceremonies are scheduled for November.

Honoured in the Player Category:

Peterborough’s Jamie Batley won Minto Cup Junior ‘A’ national championships with the Peterborough Maulers in 1986 and 1987 before an outstanding Senior career with Peterborough’s Lakers, winning Mann Cups as a player in 1995 and 1996 and as the team’s GM and coach in 2004, ’06, ’07, ’10 and ’12. Batley coached professionally in the National Lacrosse League for Colorado, Chicago and Toronto, was head coach of Team USA at the 2003 World Box Lacrosse championships and was assistant coach of Team Canada, gold medalists in 2007 at the World Box Lacrosse Championships.

Six Nations’ Cam Bomberry captured Junior ‘A’ lacrosse’s highest trophy and honour in 1992, winning the Minto Cup with the Six Nations Arrows and being lauded its Most Valuable Player. He followed this success as a member of the Six Nations Chiefs, winning Mann Cups in 1994 and 1996, in a Senior career that spanned 1990 to 2008. Bomberry played 8 seasons of professional lacrosse in the National Lacrosse League for Buffalo, New Jersey and Rochester, with whom he won the league championship in 1997. He has played for and coached numerous First Nations teams at the national and international levels, including the Iroquois Nationals, in both box and field.

Michelle Bowyer captained 11 consecutive BC Selects women’s field lacrosse championship teams between 1983 and 1992, but she got her start in box lacrosse in Port Coquitlam in 1972 and went on to win league, BC provincial and Canadian national championships with Burnaby’s Kirby’s Klipettes between 1976 and 1981. Possibly the best field lacrosse midfielder Canada has ever produced, captain Bowyer and her Team Canada teammates won bronze at the world championships in England in 1982 and finished a strong fourth in 1986 and 1989 at the World Championships in Philadelphia and Perth respectively. In 2009 Bowyer was recognized by the International Federation of Women’s Lacrosse for her “outstanding participation and achievement in World Cup competition as a player, assistant coach and head coach for Team Canada Women’s Lacrosse.

It’s rare that today’s Senior and pro level lacrosse players play exclusively for one team in their careers, but Victoria, BC resident Ted Dowling has been literally all over the map in an outstanding career in Junior ‘A’, Western Lacrosse Association, Ontario Lacrosse Association, and the National Lacrosse League over the course of more than two decades. A stand-out for the Jr. ‘B’ and ‘A’ Mississauga Tomahawks 1986-1991, Dowling was a WLA all-star in 1994, 2000, 2001 and 2002 with Victoria, the WLA’s leading scorer in ’01 and an NLL first team all-star in ‘95. He helped Brampton win a Mann Cup in 1998, Buffalo win a Major Indoor League Lacrosse cup in ’91, Calgary win an NLL championship in ’04, Fergus win a President’s Cup in ’92 and Ladner win a President’s Cup in ’04. There were also stints in Rochester, Buffalo, Montreal, Colorado, San Jose, Coquitlam and Portland.

Honoured in the Veteran Category:

Peter “Whitey” Berge was an outstanding member of the St. Catharine’s Junior ‘A’ Athletics lacrosse teams of the late 1950s and early 1960s, and a Memorial Cup winning hockey player with the 1960 St. Catharines Teepees. Recognizing his abilities, the Whitby Junior Red Wings picked him up for the 1960 Minto Cup finals as did the Hastings Legionnaires in 1961, with whom Berge won a Minto Cup. He played Senior lacrosse with St. Kitts from 1962 to 1966, twice finishing fifth in league scoring.

Honoured in the Builder Category:

During an outstanding 6-year Junior ‘A’ run, defensive specialist Paul Day captained the Peterborough Maulers lacrosse team to Minto Cups in 1986 and 1987. Day went on to win Major Indoor Lacrosse League cups with the Buffalo Bandits and was recognized as the Ontario Lacrosse Association’s Best Defenseman in 1988 and 1989 before turning his talents to team building and coaching, primarily with the National Lacrosse League’s Rochester Nighthawks. In 2004 Day received the Les Bartley Award as the NLL’s Coach of the Year and won championships as GM of Team Canada’s Indoor Team in 2007 and as coach in 2011 and 2015.

No one has worked harder and longer to build the game of lacrosse in Canada than Manitoba’s Joey Harris. The 2017 recipient of the Lester B. Pearson Award for unselfish dedication and outstanding contribution to lacrosse, Harris has been the President of the Canadian Lacrosse Association and a member of the board of the Canadian Lacrosse Foundation since 2003. President of the Manitoba Lacrosse Association from 1990 to 2002, in 2002 Harris joined the board of the CLA as VP Finance and Administration. Among his many accomplishments he developed the national field lacrosse team strategy that has led Canada to 3 gold medals in the last 6 world championships. As a player Harris was a member of 5 Manitoba Senior box lacrosse championship teams between 1993 and 2000, was three times selected to represent the province in President’s Cup play, and from 1983 to 2001 represented Manitoba in field lacrosse championships, being named a tournament defensive all-star in ’85 and ’89.

Honoured in the Team Category:

Few Junior ‘A’ lacrosse teams win back-to-back Canadian national championships, but the Jim Brady coached St. Catharines Athletics did it to much acclaim in 1990 and 1991. Led by MVP Randy Mearns and the high scoring Kilgour brothers Darris, Travis and Rich, the Athletics defeated Richmond, BC’s Outlaws for the 1990 title, and with an MVP performance from Tom Hawke, exceptional goaltending by Clayton Henry and Jason Lacombe, and outstanding defence by Darren Mutch defeated the Victoria Eagles for the 1991 title.

For additional information on the inductees or the induction banquet, please visit the Canadian Lacrosse Hall of Fame website at www.clhof.org.

About the Canadian Lacrosse Hall of Fame

The Canadian Lacrosse Hall of Fame, chartered in 1964, Honours Players, Builders and Teams through an Annual Induction Process. Induction of new members is made to preserve the memory of stars of yesteryear, but the Hall is more than a repository of names and photos of our greatest players, builders and teams; it is also the keeper of our national summer sport's history.  The Canadian Lacrosse Hall of Fame honours the tradition of lacrosse from its very roots, with displays honouring the First Nations through exhibits showing the game's transition into modern life.