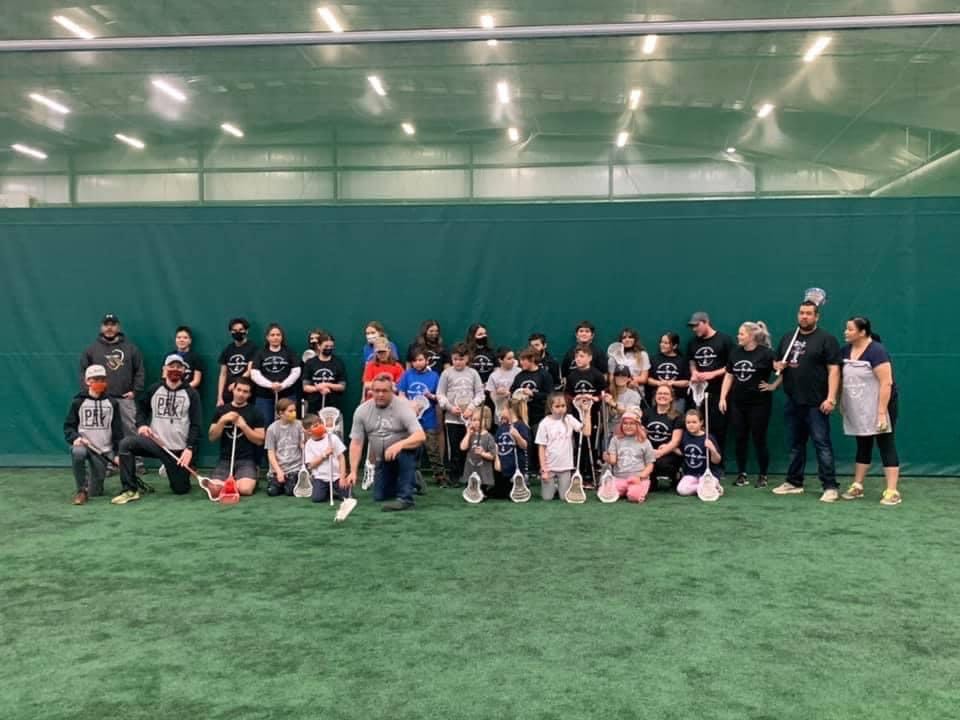 When it was announced that box lacrosse was going to be included in the next Canada Summer Games, that was the spark Lacrosse PEI needed to bring back their box lacrosse program.

“We have always talked about adding box but could never find the drive to overcome the obstacles we would face—until Canada Games rolled down the pipes,” said Norman McGuirk, president of Lacrosse PEI. “In January 2021 we decided if it’s ever going to happen it’s now.”

Lacrosse PEI booked an indoor complex for their Canada Games teams from January until May.

“It’s been an honour and a privilege to bring back box lacrosse with such a dedicated and enthusiastic group. It will be an interesting transition and one we know will benefit the growth and development of lacrosse in PEI,” said Mitch Sanderson, one of Lacrosse PEI’s Canada Games coaches.

The Canada Games teams had a break in April, and this gave Lacrosse PEI an opportunity to promote box lacrosse across the province. They ran try-lacrosse sessions all over PEI to promote the game.

“I have looked after coaches for the past five-six years. It has never been this easy to recruit coaches. The enthusiasm from our new younger group is fantastic and our core group of coaches from field are taking this and running with it. I am really excited for the season to start and hope we can have a great renewed box season,” said Dorothy Dewar, Lacrosse PEI’s chair of coaching.

The Canada Summer Games are scheduled to take place in the Niagara Region from Aug. 6-22, 2022.

“Lacrosse has been in my life for as long as I can remember. To be a part of its growth here on PEI is such an honour—especially to see the number of girls interested in the sport surge in the last couple years. Coaching this new generation of women in lacrosse has been and will be one of the most amazing experiences of my life,” said Samantha Branstrom, one of Lacrosse PEI’s Canada Games coaches.