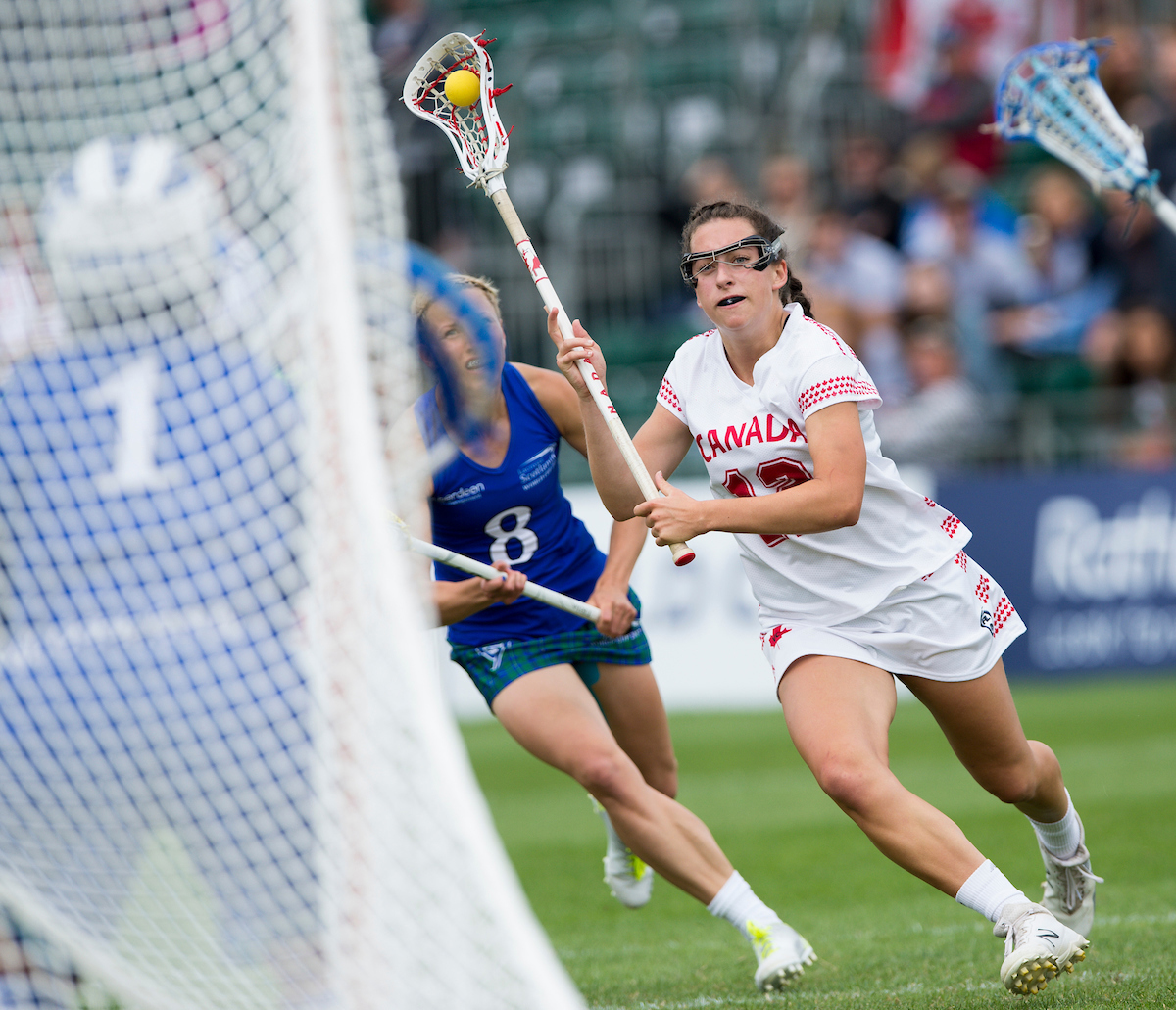 Megan Kinna has been playing lacrosse almost as long as she could walk. Noticing how much her older brother and uncle enjoyed the game, her parents thought she might as well and signed their four-year-old daughter up for the program in Maple Ridge, BC.

Almost 20 years later, it’s safe to say they were right.

“I just had a lot of fun when I was playing. Honestly, I really enjoyed box lacrosse as a child, and then the challenge of field lacrosse was really enjoyable for me,” Kinna said.

Kinna would spend 14 years with the club, including eight on a boy’s box lacrosse team. A member of the Team BC women’s box and field programs, the midfielder won a series of national championships before making her international debut.

Towson will mark Kinna’s third World Championship appearance for Canada, elevating her as a senior member of the team.

“I came in really confidently after U19 and winning the [2015 Worlds]. There was a lot of confidence going into the 2017 World Cup for me, and so I think I want to be a little humbler this time around. Really just be the underdog team, the underdog player, and come out with that mentality and surprise people,” Kinna said.

Kinna was a member of the 2015 U19 team that captured gold in the world championship, and the 2017 team that won silver in Guildford, UK, before competing in the World Games in Wroclaw, Pol. She’s also been a staple at the USA Lacrosse Fall Classic, and was a member of the Canadian women’s team that participated in Super Sixes in October, the North American debut of the new discipline.

In the five years since Kinna last suited up for Canada at the Women’s World Championship, she’s undergone significant growth, both on the field and off. She’s confident that all she’s lived through is making her not only a better athlete, but a stronger person.

“I’ve gone through some hardships facing mental health. It’s definitely impacted my reasons for continuing to play. I think I’ve become more resilient, and that is going to translate into my game,” Kinna said.

In the last year, she’s rediscovered a love of distance running. What started as a way to clear her head has become a staple in her training routine, and reminded her of an old goal—completing the Vancouver marathon.

“When I got home from school, I was doing like 10-mile runs. I was like, ‘okay, this feels kind of good, and I really enjoy this. I’m just going to continue running further and getting the mileage higher and higher.’ And then I was like, yeah, okay, I’m going to run a marathon this year.”

A Northwestern communications graduate and two-time Big Ten Conference winner, Kinna still takes every opportunity to get out on the field or the floor. Currently, she coaches, plays in a local women’s league, and was a player in the Arena Lacrosse League’s first season in B.C.

While she loves the skill and discipline of field lacrosse, she’ll always hold a special place for box lacrosse, where she got her start. Kinna has high hopes for the future of women’s box lacrosse, both in Canada and internationally.

“I’m hoping to see a world championship in box lacrosse for women, that would be really special. I would personally love to see box in colleges and universities in Canada, and in the States, if possible. I know there’s a lot of steps that need to happen in order to make that a reality, but I think it would be something really special and unique to Canada.”

Her advice for younger players who might be feeling the frustration she felt making the transition from box to field, and aren’t sure if they want to stick with it? Challenge yourself.

“Take the time to give it a shot. Field lacrosse was very frustrating for me in the beginning, and it can turn off a lot of people if they’re used to hitting and that kind of stuff in box lacrosse. Stick with it, and give it the best shot you can. Have fun trying to just enjoy the game, and the challenge of having more finesse in field lacrosse.”

For now, those on the West Coast might be lucky enough to see Kinna on one of her practice runs throughout the city or running the Vancouver Marathon in May, but the rest of us will see her return to the world stage starting June 29th at the 2022 World Lacrosse Women’s World Championship in Towson, USA.