Road to Worlds: Nicole Perroni - What Dreams are Made Of 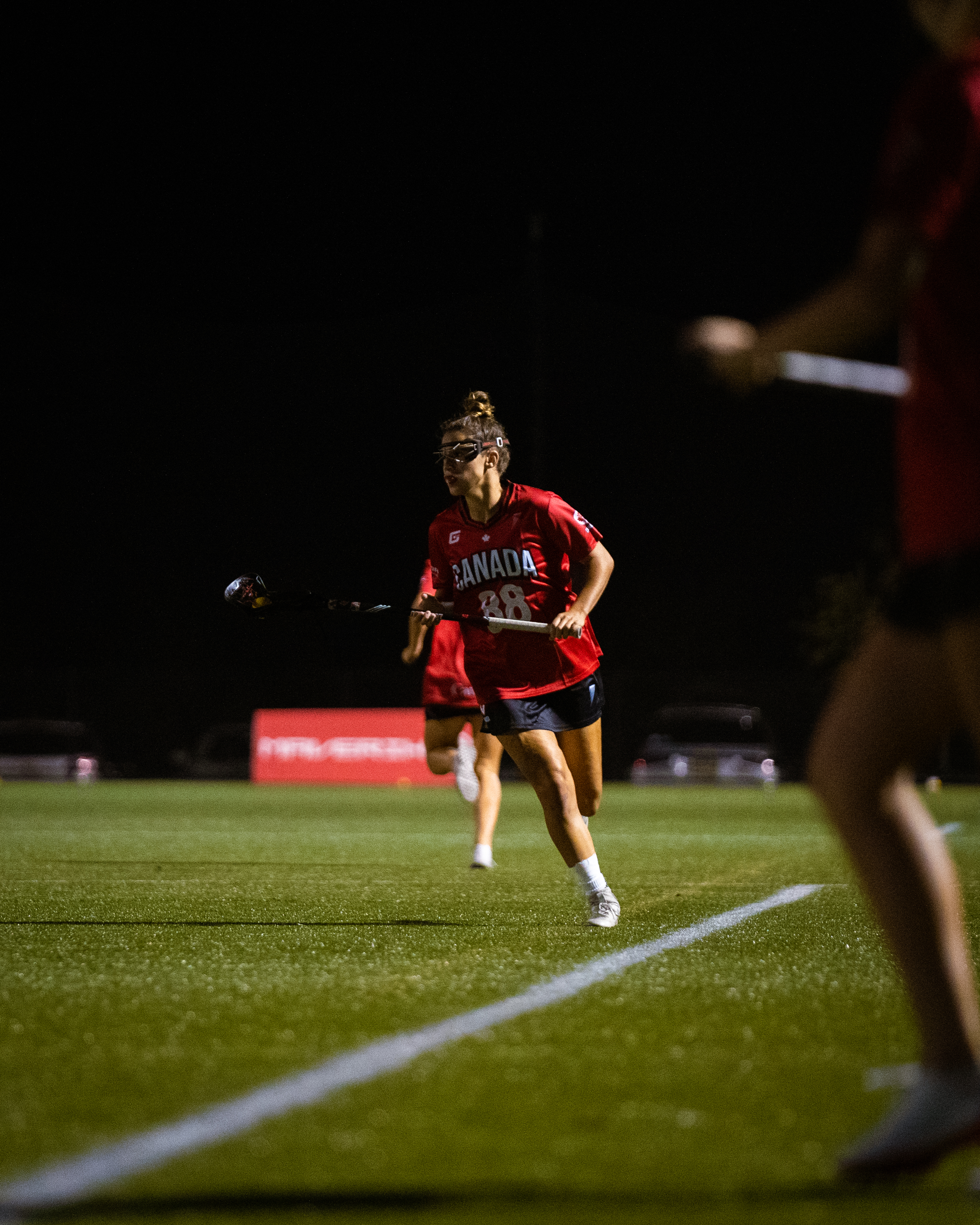 The last time Nicole Perroni suited up for Canada at a World Championship, she was just about to celebrate her eighteenth birthday.

Now a junior in college, she’s ecstatic for this summer, where she will join the senior women’s team for the first time, playing with her lacrosse role models, and some familiar Louisville faces.

When she’s not studying for her criminal justice major, the University of Louisville midfielder has been preparing for Worlds by working on her defence, and getting advice from her coaching staff, who will be on the sidelines during the championships as well. Perroni will take the field with Kay Morrissette, another Louisville alumna and now assistant coach, and will be coached by Scott Teeter and Allison Daley.

“They always give me a lot of confidence and are some of my biggest supporters. Their leadership has made me a lot more confident at Louisville, and that will translate to Team Canada,” Perroni said.

Perroni has been playing lacrosse as long as she can remember, with her first organized team being the Baby Blue Knights of the Oshawa Lady Blue Knights club, aged four. It helps that she’s always had a ton of family support - her older brother played in the National Lacrosse League, and her father, Eric, is in both the Ontario and Canadian Lacrosse Hall of Fame. It was only natural she would follow in their footsteps and try it out, but she quickly fell in love with the game and hasn’t looked back.

She was a member of the 2019 U19 team, which captured a silver medal in Peterborough, Ont. Born and raised in Whitby, she enjoyed the opportunity to make her World debut in front of friends and family, but is even more excited to play with the Senior team in Maryland, now that she’s had some college experience. Playing for Team Canada, she said, is a dream come true.

“Since 2019, I’ve learned a lot. Being in college has taught me that I can calm down a bit. When I was in high school I was always stressed about lacrosse, like I needed to be go, go, go all the time. But when I got to college, everything always has a plan and I realized I can just stick with that plan,” she said.

Perroni, who first got a taste of playing with some of her favourite Canadian players at the 2021 Fall Classic and the Super Sixes tournament, can’t wait for Towson, where she’ll continue to learn from her teammates.

“I’m most looking forward to playing with the older girls like Dana Dobbie and Erica Evans, I haven’t played with them before. And people who have coached me, like Emily [Boissonneault] who coached me when I was 14, getting to play with her again will be really cool.”

“I want [the older players] to teach me more about the game and help me feel more confident in how I play. I look up to all of them, especially Erica Evans who has always been someone I’ve really looked up to. And it’s amazing to watch her play, and how good she is. I hope I can be the next Erica Evans one day,” Perroni said.

Perroni is currently in the midst of her junior season with Louisville, studying how her Canadian teammates play with their schools, and improving her own game in preparation for the 2022 World Lacrosse Women’s World Championship in Towson, USA. Come June, we’ll see how she applies all she’s learned as she makes her Senior Worlds debut.