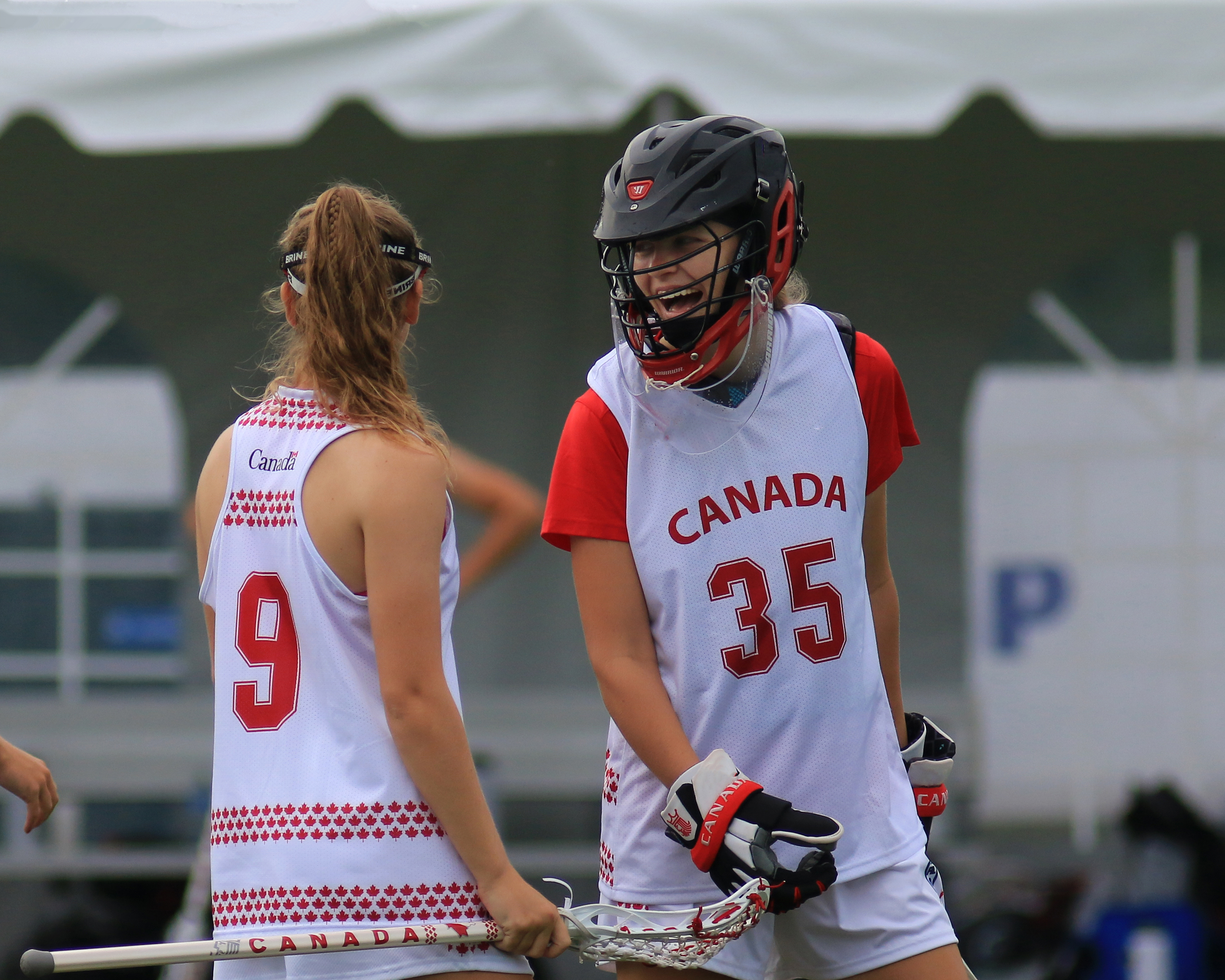 Cassidy Eckert has grown a lot since the last time she donned the red and white. Not physically— she still stands at 5’9”, as she did at the 2019 U19 World Championships. But mentally and in terms of her lacrosse IQ, she’s almost a different player.

At the time, the silver medal made for a fun answer to classic “how was your summer” question, asked on her first day of her senior year of high school.

Now, Eckert’s spent the better part of two years in another country, on another coast. And she’s grown as a person and player because of it.

“After Worlds, it was a big awakening when I got to college. I had been the top dog, and then to play as a freshman and not start, it was a tough spot to be in,” she said.

But Eckert didn’t let her get her down—instead, she used it as motivation to improve, both as a student and an athlete. Now a starter as a sophomore for the University of Oregon, she thinks this growth will help her immensely as it comes to Towson, as one of two goaltenders for Canada.

“I want to be the biggest asset to the team I can be. Kam [Halsall] and I went to the same high school, so I’ve watched her play and admired her for a long time. I’m just going to work to find my spot on the team, whatever that is. At the end of the day, it’s not just about one player.”

A first-time senior player, Eckert knows she has a lot to learn from her more experienced teammates. But she’s excited for the challenge, as well as looking forward to playing with some of her U19 teammates again. This past October, she was able to suit up for Canada for the first time since the 2019 Fall Classic. Eckert participated in both the 2021 Fall Classic, presented by US Lacrosse, and the inaugural World Lacrosse Super Sixes tournament.

“I move a lot more now, I’ll move my body into the shot, which I didn’t do as much in U19. My IQ is a lot better, that I’ve learned more of the systems and had more time to prepare,” Eckert said.

She’s grateful the championship was delayed a year due to the pandemic, as it allowed more time to prepare, and is confident she will be able to show up as the best athlete she can in June.

“Having college experience, a year of NCAA play under my belt is so helpful. Especially to see the way that some other [national team] players shoot,” Eckert said.

Eckert spends her days at the University of Oregon, tackling hikes of the beautiful west coast when she’s not in practice. It’s a dream come true to play for an NCAA school, and one she doesn’t take for granted.

“I quit lacrosse for a while when I was younger to pursue competitive basketball. But ultimately, I realized I’d been more confident in lacrosse, and I’d loved every day, every practice of lacrosse.”

It’s a decision a lot of multi-sport athletes have to make, and one she didn’t take lightly. Ultimately, she laughs, it worked out well for her. For other young athletes who find themselves in the same spot, Eckert has some advice.

“You just want to make sure whatever sport you choose is the one that makes you happiest. If I hadn’t chosen lacrosse, I wouldn’t have been as happy as I am every day,” she said.

While Eckert tackles her sophomore year at the University of Oregon, she’s certain she made the right decision in choosing lacrosse. Without it, she wouldn’t have the chance to block shots on June 29 against the United States in the 2022 World Lacrosse Women’s World Championship in Towson, USA.