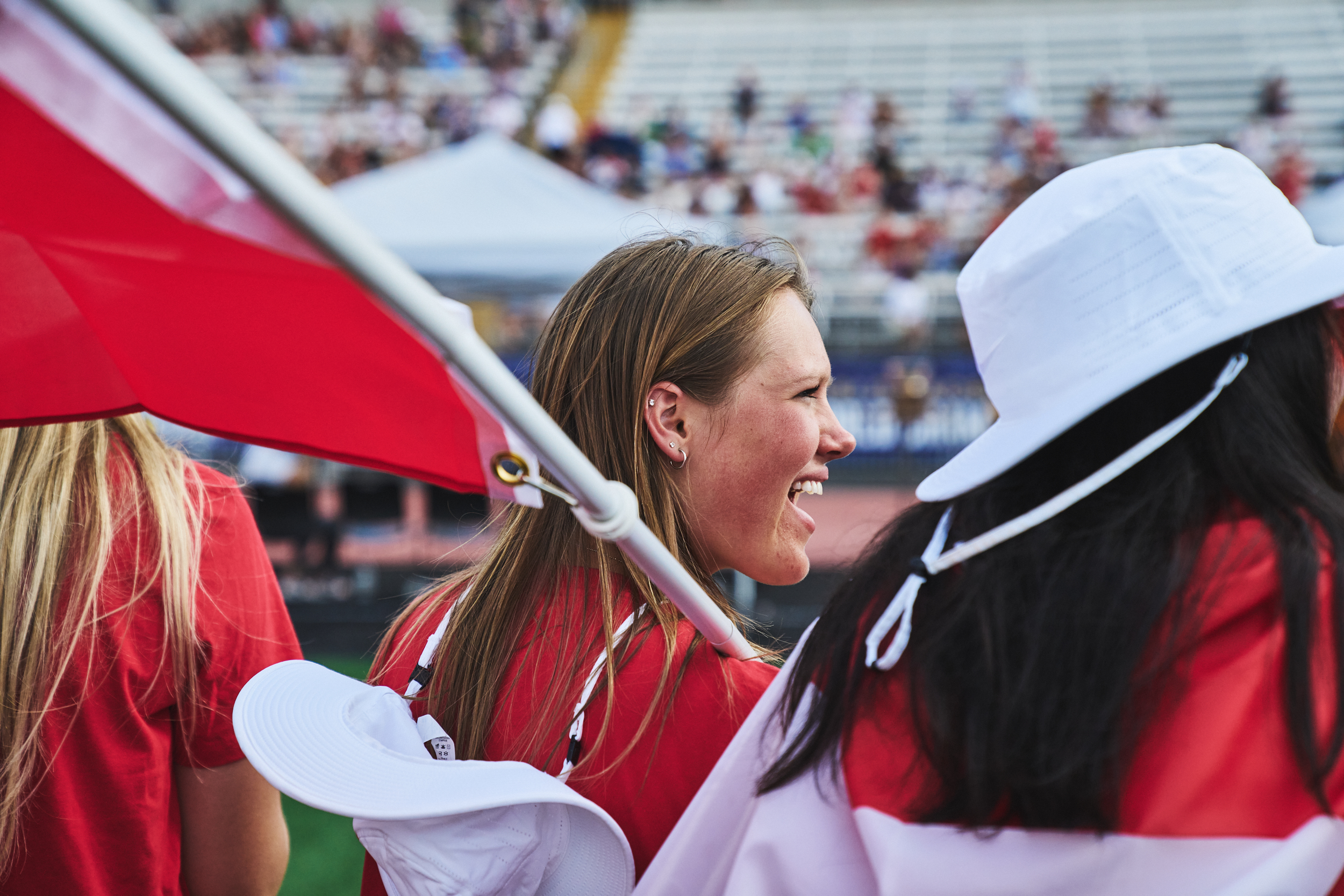 When she’s not on the field, Bryar Hogg can be found hanging out in the common room of the Canada dorm, in an apparent race with Brooklyn Walker-Welch to see who can add to the art wall faster, and chatting with anyone who comes by.

Hogg is spending the first weeks of July at the Women’s World Championship, and in August it will be her older brother Graydon’s turn—he’s a member of the Canadian U21 National team, competing in Limerick, IRE.

In fact, Bryar began to play lacrosse because of Graydon.

“I was the younger sister, I wanted to do everything my older brother did. I started with box when I was four and transitioned to field a couple of years later.”

Now, they both attend the University at Albany and play lacrosse and have remained close.

“He was actually the one to tell me I made the Senior World team. I was walking out of practice, and he was waiting around at my field. I walked up to him, and he told me, ‘you made the team.’ I didn’t have my phone so I didn’t believe him, but once I saw the news, I just couldn’t believe it. I couldn’t have asked for a better way to find out, and I will never forget that moment,” Hogg said.

Hailing from Oshawa, Ont. the attacker hit the ground running during training camp, taking every opportunity to learn from her teammates.

“Being one of the younger players, I feel so grateful for everything. No words can describe what playing for Canada means—it’s an incredible honour to be able to play at the highest level and learn from the best of the best.”

The pandemic delay gave her the time to develop, not just as a player, but as an athlete. Hogg was able to slow down, reflect on who she was as a person, what made her happy, and who she wanted to be outside of the moniker of ‘lacrosse player.’

“Once I figured that out, I was able to grow a deeper love and passion for the game. I’m working harder to be the best version of myself, on and off the field.”

While she’s serving as an alternate in this tournament, Hogg’s team-first mentality shines through in everything she does. Taking part in warmups, being a positive force from the sidelines, and generally hyping her team up at every opportunity.

“If my team doesn’t success, neither do I. Lacrosse is never an individual sport, you need other people around you for support on and off the field,” she said.