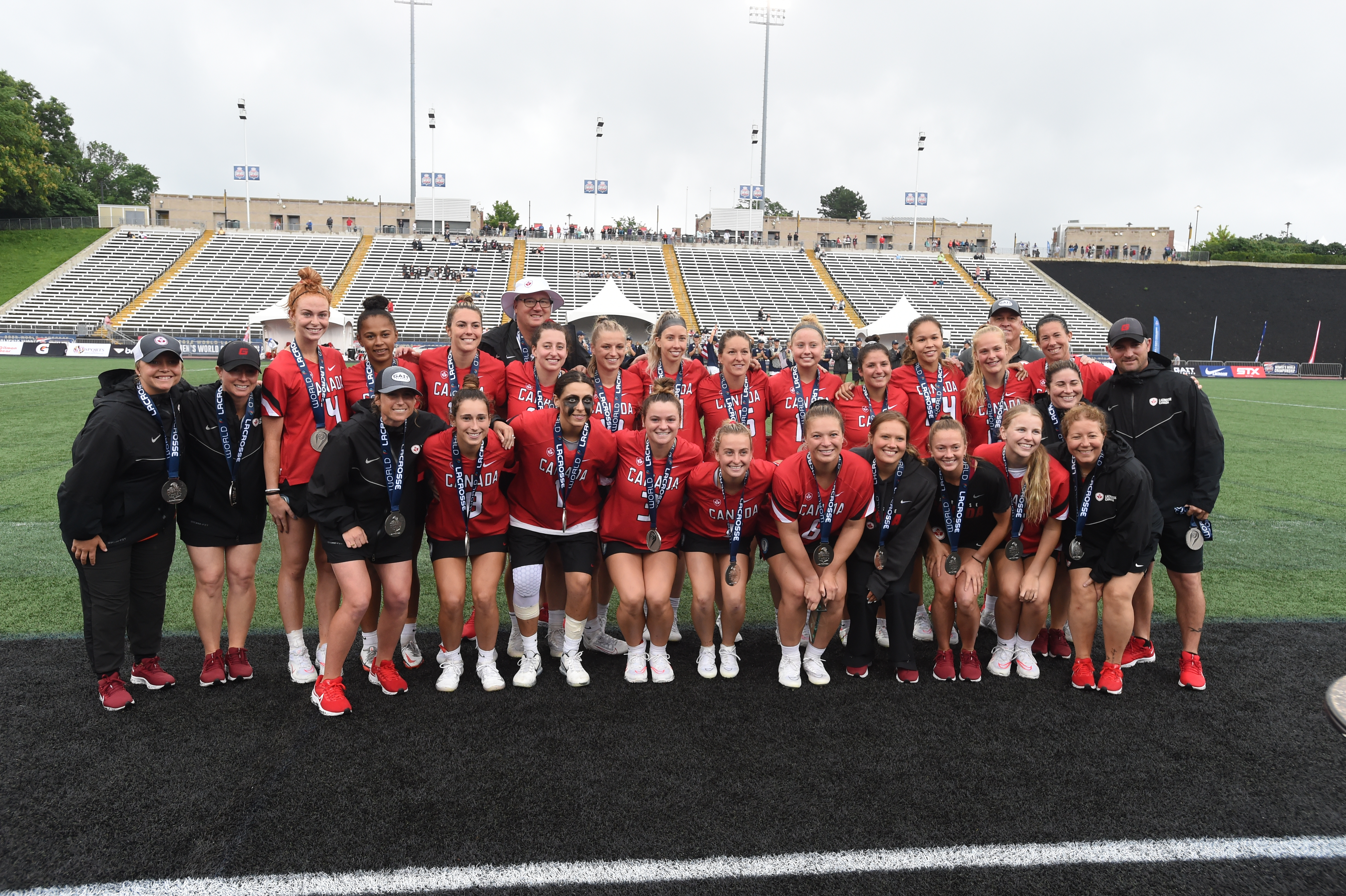 Towson, MD - The Canadian Women’s National Team battled for the full sixty minutes, but was unable to best the USA in the gold medal game of the 2022 World Lacrosse Women’s World Championship on July 9.

Canada had three players named to the All-World team—Aurora Cordingley, Dana Dobbie, and Kaylin Morissette. Cordingley tied for Canada’s lead with 26 points (14g, 12a). Dobbie, who also received the Wes Patterson Award, had 13 goals and 13 draw controls and Morrissette led the tournament with 58 draw controls. Dobbie was a repeat selection, making the All-World team in 2017 as well.

Erica Evans led the team with 24 goals, followed by Aurora Cordingley’s 14. Both had 26 points. Madalyn Baxter had 10 ground balls.

Several members of the team will now make their way south, to compete in the 2022 World Games in Birmingham, AL.

The next Women’s World Championship will take place in 2025, location to be announced.