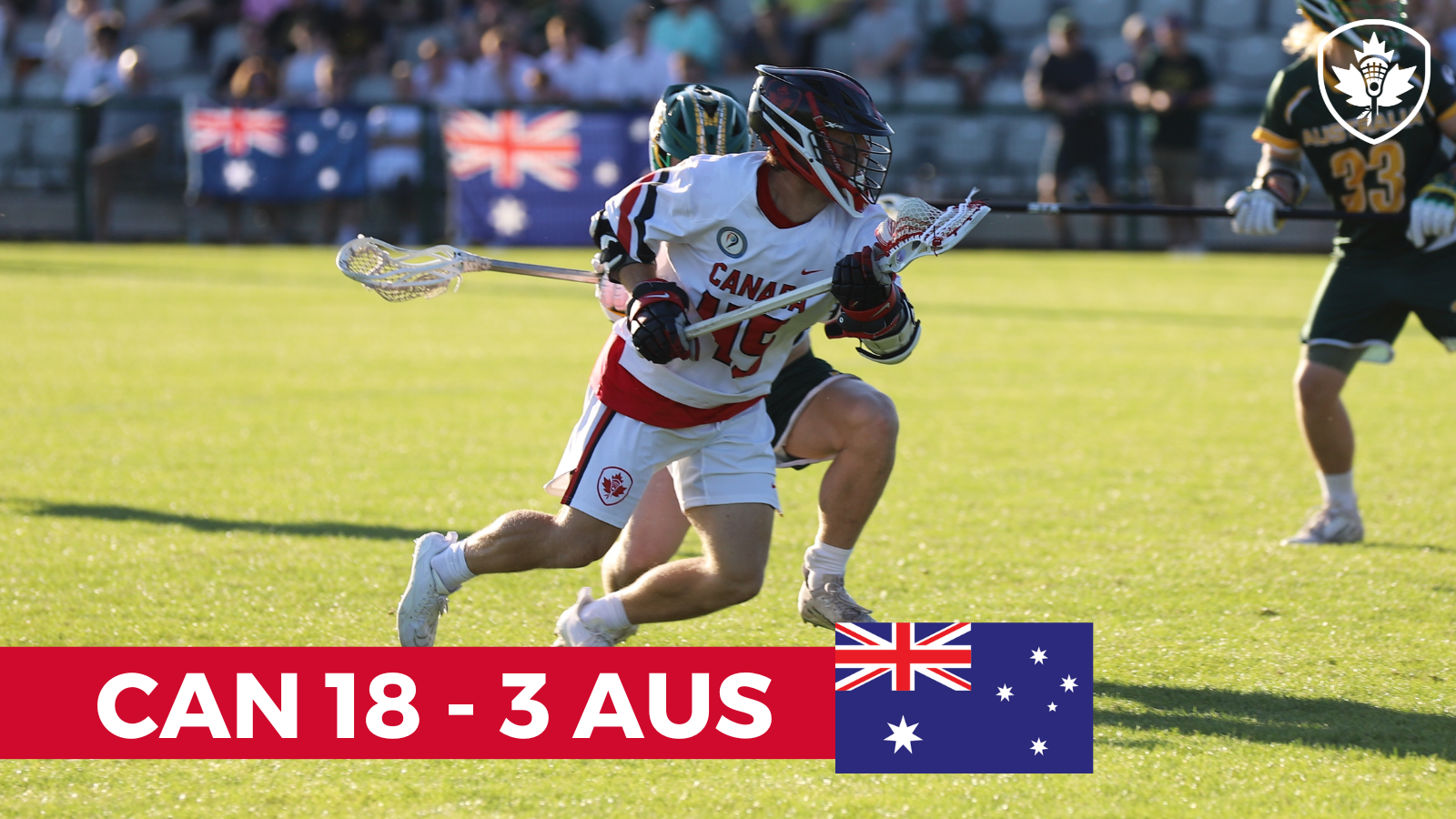 Limerick, IRE—Canada’s elite offense was on full display on Thursday, resulting in a sunset 18-3 victory over the U21 men’s Australian team.

Brock Haley led the team with four goals and three assists, followed by Owen Hiltz (2G, 3A). Bo Columbus dominated on the face off circle, claiming 12 of Canada’s 13 face-off wins.

Canada controlled possession for most of the game, but the defense was strong when presented with the opportunity.

Seven other Canadians made their way to the scoresheet, including multiple goal performances from Trent DiCicco (2G), Noah Manning (3G), Ross Scott (2G, 1A), Thomas McConvey (3G), Graydon Hogg (2G, 1A). Alex Marinier (1A) and Adam Poitras (2A) also contributed on offense.

Canada has a few days off tomorrow, before returning to the field to face England on Sunday, August 14 at 7 p.m. IST. They will round out pool play on Monday night against the Haudenosaunee at 7 p.m. IST.

The playoff schedule will be announced as soon as it is available.